We recommend visiting this site for several reasons:

There is an interesting local story about the Panagia Argokoiliotissa church: The miraculous icon of Panagia was found here in 1835, then lost and found again 94 years later from a vision of a local from Koronos village. He visualized in his slumber a visit from a spiritual being that revealed a specific location. Sharing his vision with fellow villagers, they excavated in the area and uncovered 2 very old Orthodox icons dating back to the Byzantine era.  One of them was picturing Virgin Mary. On that same spot, exactly a year after its discovery, water started coming out from a rock. After a short period of time, a small basilica church was built here and was named after the area’s name  “Panagia Argokoiliotissa.”

At later days, another imposing basilica, the largest one in the Cycladic region, was built on the eastern side of the small church with the cave. This basilica is though closed due to the unfinished murals. Its huge size dominates the eyes of the visitor. Around it, there’re old cells built by the emery mines workers as a vow to Virgin Mary to help them find emery.

Access to this site is easy via a well constructed road all the way. A Naval Observatory there is also seen here. The last years this tranquil site of Naxos has gained great popularity by many tourists. The area offers amazing hiking paths down to Atsipapi settlement and the Virgin Mary of Kera.

Argokoili is one of the biggest pilgrimage site of the island. Every year on the 1st Friday after Easter, thousands of worshippers come here to pray. Many have it as a vow, to arrive here on foot from wherever they’re. They even come by foot from Naxos town.

Argokoili Naxos sightseeing is about 30 Km from the town, and 11.9 Km from ELaiolithos 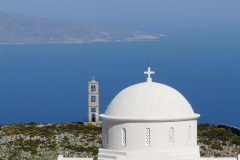 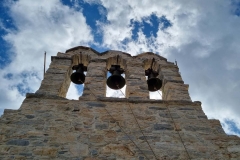 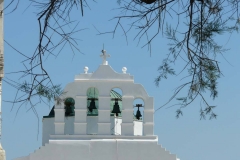 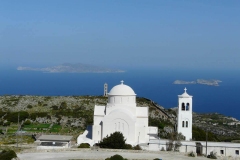 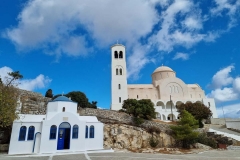 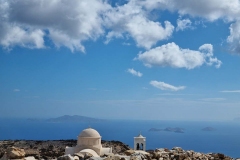 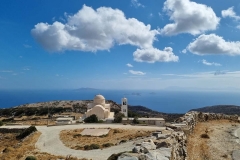 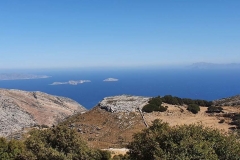 A very interestingNaxos sightseeingworth visiting while on holidays in Naxos is the Atsipapi Medieval settlement. Situated in the northeastern part of Naxos, about 600 m down from Argokoili, at 540 m altitude, this Naxos sightseeing is dated back to 8th-9th century, and it’s a unique and intriguing example of obsolete but functional architecture in the Aegean region. Today, most of the houses are dilapidated, with very little preserved in good condition, and used as matats and farmhouses.

Atsipapi is much more than a pin on the map! Visiting this Naxos sightseeing is recommended for 3 reasons:

In the ruins of the houses with this special architecture, you can view different types of dry stone construction, arched structures, old furnaces, threshing floors, and wine presses. At the lower part of the village there is a water source which supplies the area. Currently, a few buildings are used as “mitatos” – huts and shelters.

An important attraction of the Atsipapi settlement is the Byzantine Church of Agios Isidoros (Saint Isidore), built before the 11th century AD.

Further down 1.5 Km after Atsipapi, in the location of Liiri, is the Byzantine chapel of Panagia Kera of the 9th century, with wonderful architecture and traces of frescoes inside. Traces of an early or middle Byzantine settlement have been discovered in the broader area also.

Architecturally, this church belongs to the rare type of cruciform circumscribed with a dome, that is  supported on rectangular pillars. The domes feature horizontal slates on the northern cupola of the cross and the northern section compartments. In the apse of the diaconate there is a synthron and an episcopal throne. Under the limestones of the interior surfaces have been discovered Byzantine frescoes. A portico has been added on the western side.

Every year on August 23, when the church celebrates, there is a mass followed by a feast under the shadow of the plane tree.

Atsipapi is 5 km away from Koronos village. Today there’re about 15 local farmers here.

The hiking trail from Argokiliotisa through Atsipapoi to Panagia Kera Byzantine church is highly recommended!